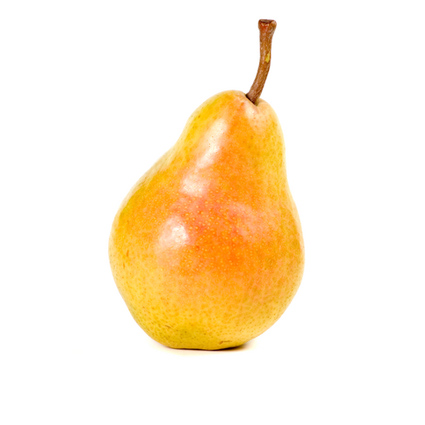 The pear is an edible pomaceous fruit produced by a tree of genus Pyrus (pronounced /ˈpaɪrəs/). The pear is classified within Maloideae, a subfamily within Rosaceae. The apple (Malus ×domestica), which it resembles in floral structure, is also a member of this subfamily.

The English word pear is probably from Common West Germanic *pera, probably a loanword of Vulgar Latin pira, the plural of pirum, akin to Greek api(r)os, which is likely of Semitic origin. The place name Perry can indicate the historical presence of pear trees. The term "pyriform" is sometimes used to describe something which is "pear-shaped".!

From Wikipedia, the free encyclopedia
Save this product for later
Display prices in: USD